Making Amends with An Old Love 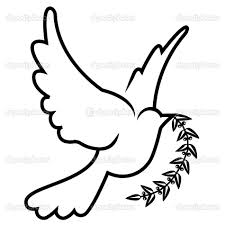 A couple of years ago I was at a juncture in my life that led me to do some self-assessment. I was just coming off of my fifth divorce to my fourth husband (yes, that’s what I said…like an idiot, I married the first one twice; and yes, I’ve been married that many times). I was trying to figure out where I stood and what I believed, as well as what I wanted to do about my past, my present, and my future. I decided to regroup and go up to Rome, Georgia to have a short visit with my parents. While I was there a cousin of mine in Atlanta invited me to her annual Mardi Gras party. She warned me beforehand that my first really serious boyfriend, whom she had initially introduced me to some 27 years before, would be in attendance.

After attending the party, seeing him and his wife, and visiting with them, I took a day or so to form my thoughts and feelings and I wrote him the following letter. My hope and intent in the writing is clear, and in hindsight I hope it gives you encouragement to make amends in your life, as I did and am doing in mine.

After talking to you on the phone a few months ago, and particularly since seeing you last night, I think there are some things I should let you know, mostly just to get them off of my mind and conscience. There is no other reason than that, except that I think you might want to know these things for your own reasons.

Way back, 25+ years ago, when we were together I didn’t realize the value of what we had. I discounted it as young love surely destined to fail. I had no faith in myself to make it work. When you asked me to marry you, I wanted to so badly. However, because I loved you and, at the same time, felt sure that I would screw it up in the end, I made a conscious decision to hurt your heart a little then instead of what I was sure would be more later.

What I have learned over the years since then is that I was very foolish in regard to you for several reasons. First of all, there was nothing to say we would have failed (except for my fears) and we probably wouldn’t have. Secondly, I know deep down within myself that I did not just hurt you just “a little” back then. I realized, only too late, that I had absolutely broken your heart. I have never said so before, and I do wish I could say it to you in person, but for what little it’s worth I am so very sorry that I caused you so much pain. Choosing not to marry you has been the single greatest regret of my life. My second greatest regret was marrying my first husband. My third was marrying my subsequent husbands. I think I subconsciously measured them all against you (or at least my image of you then and what I conjured up you would mature into)…….and they all failed miserably.  I’ve always remembered that time we had together with great fondness and bittersweet remorse.What you’ve become for me since those days is that great “could have been” I missed taking the opportunity to hold on to forever.

I’ve kept track of you off and on through mutual acquaintances over the years. I’m so genuinely happy that you have a good woman for your wife. I do hope she realizes the value of you as her husband. I am particularly glad to see the pride in your eyes and the love in your voice when you talk of your children. (Sadly, though, I always wondered what our children would have been like. To tell the truth, until I saw the pics of your three children last night I hadn’t thought of that in years.)

I am glad that you thought enough of me to let me meet your wife. She is quite a unique woman. She seemed nervous about meeting me and quite unsure of what to expect. (I’m sorry about jumping all over you at the front door. I really embarrassed myself with that move. Trust me, it was not planned or even considered…..it just happened.)

When you left the room at one point during the evening your wife leaned in and said to me, “You know, he really wanted to marry you. He was very much in love with you,”  and then she let me know that I was nothing like she had expected me to be. She almost seemed like she felt she must let me know this stuff and seemed relieved to have gotten it out. We had a brief conversation about how love changes and that there are different kinds of love.

Sitting there watching her fidget with the hem of her blouse, I told her that I was aware that I had hurt you badly, but we all have to look at the positive side of things. I said what I hoped were words to reassure her, bringing to light the fact that I had married you back then, you and she would not be together and you wouldn’t have those three great kids……and I wouldn’t have my two girls or granddaughter. I think I made it clear to her that I have deep respect for your relationship with her and that I had no intention of trying to wiggle my way into it. I hope I made her feel as though any feelings you and I had for each other are in the past. I would NEVER want her to think anything else.

At one point she wistfully told me that she could tell in your voice when you spoke about me that you loved me very much. For a split second it sounded like she thought you still loved me…..her voice quivered when she said that, but only momentarily. It made me want to cry, not so much for you, but for her. However, whether she was putting on a strong front, or is just a very strong person, she seemed to have come to accept the finality of that reality.

I had always hoped that I hadn’t had that marked years-long effect on you; that the wounds I inflicted on your heart had not been so deep that that they’d only healed on the surface. I realized last night that such might be the case and that your wife might know that in her own heart. I hope that isn’t the case. You see, for a woman that is just like having to share her man with someone else who gets first dibs. I do not wish that pain on anyone.

Seeing you again, and meeting your wife were a wonderful gift, but hearing that little bit of pain in her voice when she spoke of me and you made me really think about you at great length and in detail. I could tell when you hugged me good-bye for just that extra second or two, and then kissed me on the cheek, that you were feeling one of two things. You were either glad to see me and happy that I am back in your life, albeit to a very, very limited degree or you were closing a chapter in your book of life that has been needing to be closed for a very long time. Either way, I was very glad to see you, to talk to you, to be able to hug you one more time.

Now comes the disclaimer. I’ve been married and divorced so many times I sometimes wonder if I’m a secret sister of  Zsa Zsa Gabor or Liz Taylor. I am at mid-life and am re-assessing myself and my life choices in the physcial, mental, and spiritual realms. I’ve pretty much sworn off men and physical relationships; I’m just not interested in getting into any kind of personal relationship. I’m not trying to do that with you either. Please don’t take this message that way. I want you to be happy and I hope you are. I just had to tell you all of this stuff or I was going to burst is all. I don’t want anything from you, and I definitely don’t want to upset your apple cart, so-to-speak.

One of the things I am striving to do this second season of my life, is to right some wrongs. You are at the top of my list. I can’t go back and change things, but I hopefully can make you understand that I am truly sorry and perhaps shed light on things you may have wondered about since then.

In any case, now you know.

And also, just so you don’t have to wonder, as I did, I have always loved you and I will always love you in a way that I cannot explain. I suppose it’s just that pure innocent first love kind of thing that resides so deeply within a person that it’s just part of who they are. That is the only way I can describe it. And I sure hope that is okay with you because I never could make it go away and now I don’t want to. I have chosen to embrace it and be glad for it. Now it’s just much less bitter and much more sweet. Thank you for that. 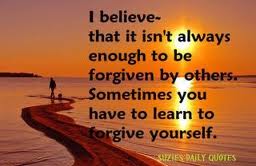 This letter was well-received and responded to in like kind. That old flame of mine and I have made our peace. We are friends and touch base on occasion through social media. I rest so much better now knowing that I was brave enough to step out in faith, reach out, and attempt to make amends for a great hurt I’ve caused.

Not all attempts at righting wrongs are met with such openness. Many times doors are slammed in our faces, letters and messages are unanswered, and apologies are made in vain. Let me assure you, however that purposing in your heart to attempt this is half the battle. Whether the person with whom you are feeling the need to reconcile or make amends with is interested in doing the same is the other half of the battle, and it is theirs to attend to or not. Do your part, and let them choose whether or not to do theirs.

A native of Southewestern Louisiana, I now live in rural Georgia after stints in Los Angeles, Atlanta, Montana, and Europe. After much trial and error I have found and married the love of my life. We have four adult children, a four year old, and five grandchildren. Our lives are centered around family, faith, friends and our fainting goats hobby farm.
View all posts by Rachel Scott →
This entry was posted in FAMILY - Parents, Kids, Marriage, Relatives, Open Letter To... and tagged amends, first love, lost love, love, making amends, mid-life, old love, relationship advice, saying I'm sorry, sorry. Bookmark the permalink.